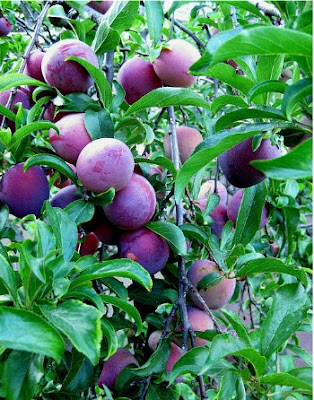 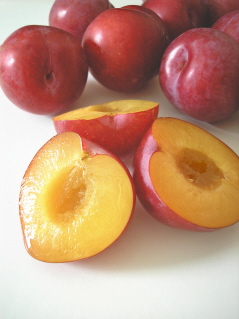 Most plums have yellow flesh, but there are some notable exceptions.
http://1.bp.blogspot.com/_yN7qxTrnmAA/R6XsoYZQkKI/AAAAAAAAAyM/DhZfqbL5Eek/s320/Rhubarb%2BPlum%2BJam%2B6.jpg 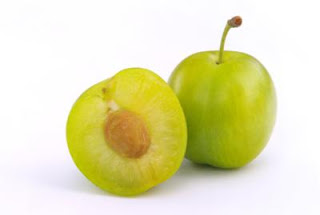 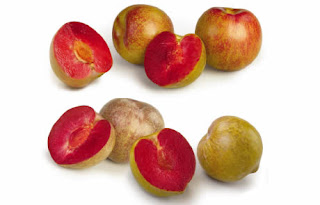 The Oriental or "Japanese" Plums can have red or yellow flesh.
http://www.freshplaza.com/2008/0516/bendor.jpg

Description:
I can't imagine any Edible Forest Garden without plum trees laden with fruit.  There are a wide variety to plums from around the world.  They are sweet, tart, spicy, or sweet with tart skins.  The common types of plums are the European hybrids, the Oriental hybrids, the American-Japanese hybrids, and the wild varieties of each of these.  They are oval or round with skin color ranging from almost white-yellow, to bright yellow, green, red, purple, blue, to almost black-purple.  Flesh color is usually yellow to green, but some of the Oriental hybrids can have reddish to purple flesh.  A fresh, perfectly ripe plum is an amazing thing to eat.  I have often eaten five or six at a time when they are at their prime... mmmm... not much better! 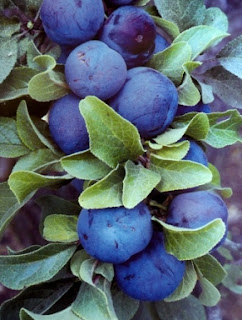 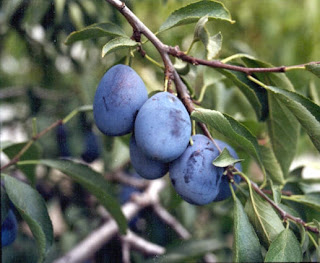 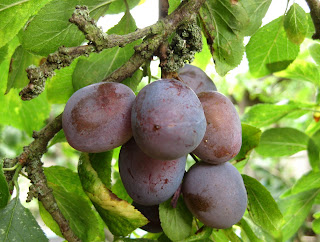 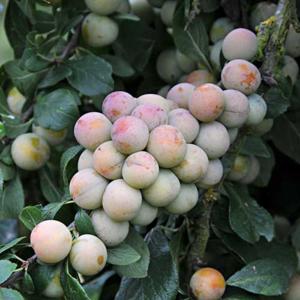 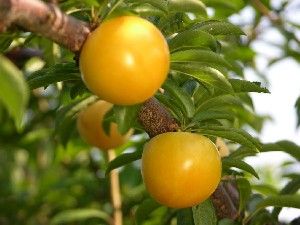 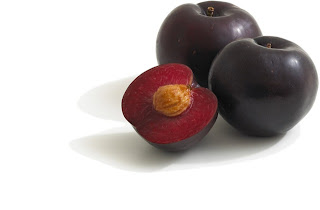 This "Black Splendor" Plum is an American-Oriental hybrid.
Both red fleshed and yellow-green fleshed hybrids are available.
http://www.hmcfarms.com/wp-content/uploads/2009/05/blacksplendorplum-c.jpg


Section Armeniaca (apricots) - treated as a distinct subgenus by some botanists - will be discussed in a separate post later.


History:
Plums have been cultivated by humans for thousands of years, likely by the Chinese first.  Confucius (551 B.C. - 479 B.C.) discussed the plum frequently in his writings and songs of popular Chinese culture, which means that it had probably been cultivated for hundreds to thousands of years before that.  In 65 B.C., Pompey the Great brought the plum to the Roman orchards, and plums were spread through to the Mediterranean by Alexander the Great (356 B.C. - 323 B.C.).  Colonists in America found the Native Americans using the wild plum in many ways.  Luther Burbank has likely contributed toward improving and hybridizing plums than any other single person in history. 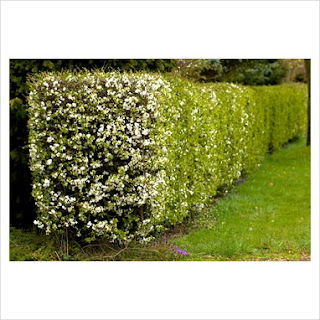 Plums can be used for hedgerows as this P. cerasifera (cherry or myrobalan plum)
http://www.gapphotos.com/images/WebPreview/0047/0047352.jpg


Harvesting:
Harvest when ripe (slightly soft to the touch) and easily part from the stem .  July - October depending on the species and variety 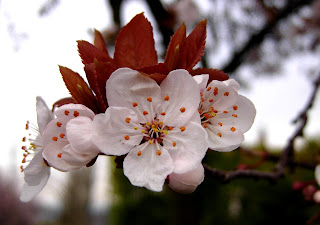 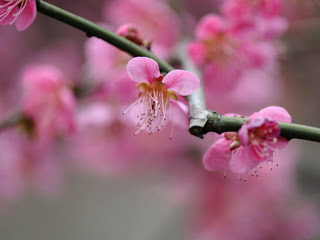 Pollination:
Some species are self-fertile, but most require cross-pollination from other varieties.  Even those that are self-fertile will often produce more if cross-pollinated.  Old World Plums from other Old World Plums or hybrids thereof.  Oriental Plums from other Oriental Plums or hybrids thereof.  American Hybrid Plums with other American Hybrids from which it was derived.  Bottom line: just make sure you have at least two similar varieties in your yard or garden. 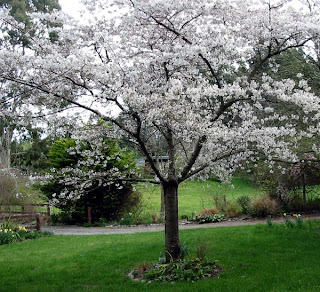 
PHYSICAL CHARACTERISTICS OF THIS PLANT
Size: Varies on the species and they type (there are a variety of rootstocks), but can range from 3-35 feet (1-10 meters) tall and wide.  Oriental and European Plums are more treelike, and American or American Hybrids are more shrublike.
Roots: Shallow and wide spreading.  Will send up shoots from the base of the tree and form a thicket if allowed.
Growth Rate: Medium to Fast 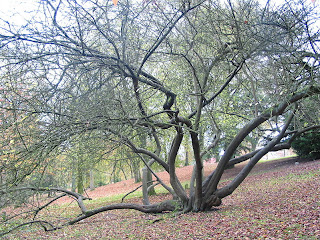 Special Considerations for Growing:
Moths, rather moth larvae, can cause significant damage to plums.  Encourage predators of moths (like Bats) and moth larvae (like Ichneumon Wasps, Trichogramma Wasps, etc.).  Bacterial canker  can also be problematic in humid climates, so chose varieties that are resistant to bacterial canker.

Maintenance:
Because plums are tip bearers, meaning they bear fruit at the ends of new growth branches (spurs), minimal pruning is required.  Oriental Plums are tip bearers, but they will also bear fruit on one year old spurs.  Pruning should be done in summer to early fall.  May need some thinning of fruit, because a branch laden with heavy fruit may break under the weight.  Pruning to created shorter branches can also prevent limb breaking. 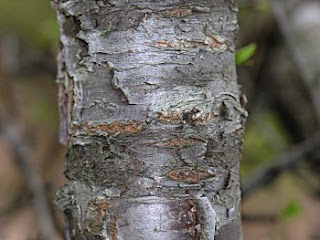 The bark of most, but not all, plums have a circular, band-like appearance.
Photo of P. angustifolia (Chickasaw plum)
http://www.duke.edu/~cwcook/trees/pran3862.jpg

Posted by John K (Temperate Climate Permaculture) at 4:21 AM