http://www.kegerators.com/blog/wp-content/uploads/specialty-beer-glasses(1).jpg
Before we get to beer, let's talk about homebrewing in general first...

What is Homebrewing?
"Homebrewing is the brewing of beer, wine, cider and other beverages, both alcoholic and non-alcoholic, through fermentation on a small scale as a hobby for personal consumption, free distribution at social gatherings, amateur brewing competitions or other non-commercial reasons."
http://en.wikipedia.org/wiki/Homebrewing 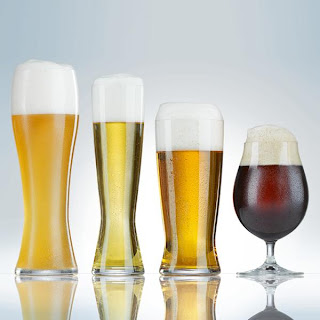 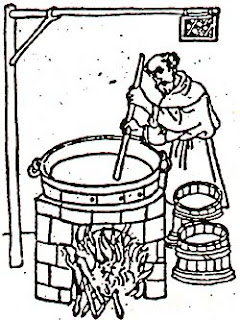 http://www.ckrumlov.info/img/776.jpg
Why Homebrew?
Basics of Brewing Beer
Note: This is a VERY basic overview.  If you are an experienced homebrewer, forgive the brevity and exclusion of some detail.


Malt
This is germinated grain (usually barley) that has been allowed to dry in a process called “malting”.  If you raise your own grains, you can do this yourself.  If you don’t raise your own grains, then you can purchase malt.  It usually comes in either liquid or dry forms.  The liquid form is partially evaporated and sold in cans labeled Liquid Malt Extract.  The dry form is the same substance, but it is evaporated even further into a powdered form and sold as Dry Malt Extract. 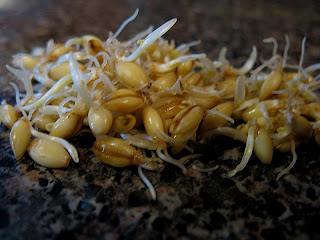 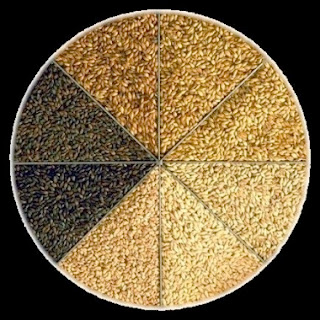 Variety of dried ("malted") grains.
http://rockwallbrewers.com/wp-content/woo_custom/29-malt1.jpg
Hops
Hops is a flower from the Hops vine.  It is used to add bitterness and aroma to the beer.  Bitterness is required to counteract the overly sweet taste of fermented malt.  Hops really became associated with beer due to its preservative ability.  Traditionally, without hops, beer would go bad much faster.  Hops can be used fresh or dried.  The dried forms are sold as whole flowers, pellets, and plugs. 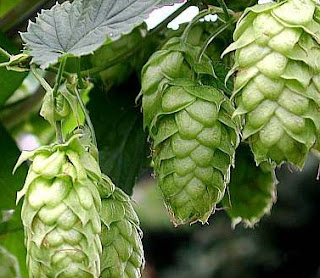 Hops on the vine.
http://www.2beerguys.com/images/forblog/hops_aroma.jpg
Yeast
Yeast is used to convert the sugars from the malt to alcohol.  There are many varieties of yeast in the world, but the one most used in brewing is Saccharomyces cerevisiae, and there are hundreds of strains to choose from.  This is usually sold in liquid or dry powdered form.   Some people even culture their own strains. 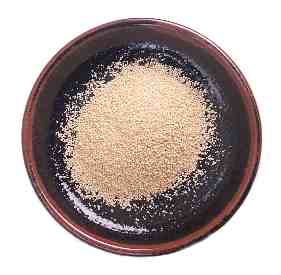 Dried brewer's yeast.
http://www.foodsubs.com/Photos/lageryeast.jpg
Sugar
This is used after the beer has already undergone its primary fermentation.  Adding some sugar right before bottling or kegging allows the remaining yeast in the beer to create additional carbon dioxide under pressure… carbonation!  Many types of sugar can be used, but most common is corn sugar.
Basic Homebrewing Process for a simple Ale
Overall, homebrewing beer is a very simple process; however, there are thousands of variations to this simple process.  Which grains to use (barley, wheat, oats, rye, corn, etc).  How the grain is processed while malting (light, amber, dark, chocolate, etc.).  How long and how much  malt is boiled with the water.  When and how much and what type of hops is added.  What type of yeast is used.  How long and the temperature during fermentation.  What type of sugar is added.  What other ingredients are added (fruit, herbs, spices, etc).

With all these variables, there are literally thousands of beers you can make…  what are you waiting for?

Resource: This is my favorite book on homegrewing beer.

Posted by John K (Temperate Climate Permaculture) at 5:07 AM