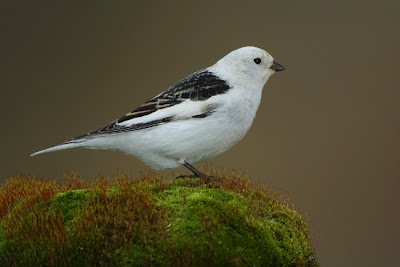 I was shutting the front gate after a walk to the tidepools with my boys when I saw a blur of white and black. The bird darted past me within a few feet of my head... long enough for my brain to take a mental snapshot of its feather pattern. I had not ever seen a bird like this. I quickly went inside before the image faded from my memory and flipped through the bird identification book I had checked out from the library. There it was. A Snow Bunting. Plectrophenax nivalis. In breeding plumage. Resident of the Artic Circle!

After a bit of research, I found that Snow Buntings visit the Azores on a pretty rare frequency, but they have been recorded here every month of the year. They Winter in warmer climates, and then they head back to the Artic Circle to breed in late Winter to Early Spring. This guy must have been trying to avoid the cold since it is already Summer here now, and he has quite a ways to go. 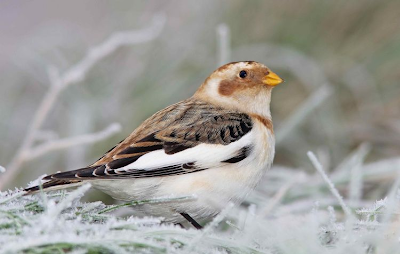 Snow Buntings may be common where you are from, but for me, this was my first sighting. Being such a bird-nerd, I still get really excited about first spottings. I hope I never lose that.
Posted by John K (Temperate Climate Permaculture) at 6:39 AM