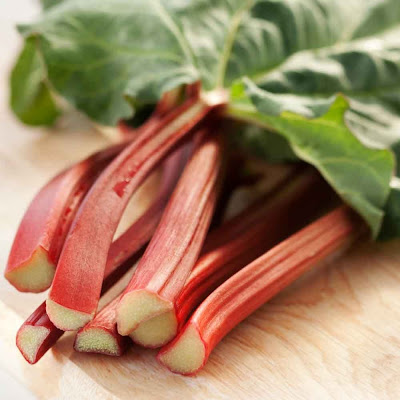 Rhubarb, one of the few well known perennial vegetables.
https://www.quickcrop.co.uk/blog/wp-content/uploads/2012/10/Rhubarb-timperley-early1.jpg

The large leaves are a great biomass accumulator
http://thegreenthumb20.files.wordpress.com/2012/05/006.jpg 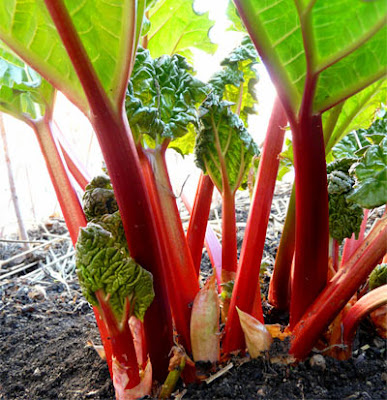 Remember, only the stalks (aka petioles) are edible
http://the-plant-directory.co.uk/images/rhubarb-plant.jpg

Description:
Rhubarb, along with Asparagus, is one of the more well known perennial vegetables. The large green leaves and red stalks were once a very common site in the home garden. Nowadays, there are probably more people who have heard of this vegetable than have eaten it, although the sour leaf stalks are still commonly used in pies (typically mixed with berries and lots of sugar) or in jams (also with lots of sugar). Few people in the U.S. have eaten Rhubarb as a vegetable as they do in Asia, and even fewer people have eaten the immature flower buds like cauliflower. 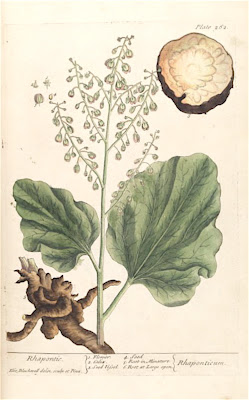 History:
Almost all of the nearly 60 species of Rhubarb are used for food, medicine, or both. Originally from Asia, and grown for thousands of years, Rhubarb has been distributed around the world. 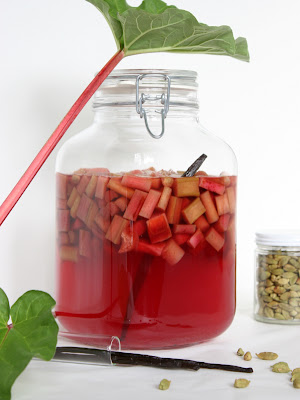 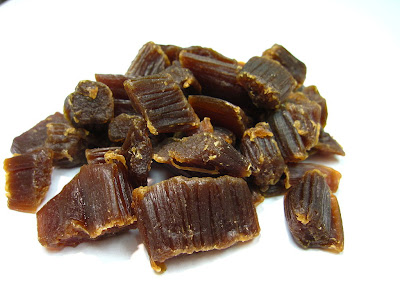 Harvesting: Spring – Early Summer.  Cut or twist off the leafstalk. Make sure to avoid the roots and the leaves. By mid to late Summer, the oxalic acid content has climbed, and even the stalks should be avoided or at least eaten in very limited quantity. Many people, mainly commercial growers, will harvest all the stems at once. This likely puts undue stress on the plant and encourages it to go to seed. Instead, remove no more than about a third of the stalks at one time and only mature stalks; harvest the next batch of now mature stalks a few weeks later. This method will also extend the harvesting season. It is time to stop harvesting once the stalks get thin.

Storage: Eat, cook, or process right away. Fully mature stalks will keep in a cool dry place (like a refrigerator) for a few days. Stalks can be frozen as well; pre-cutting and pre-measuring will make using them easier. 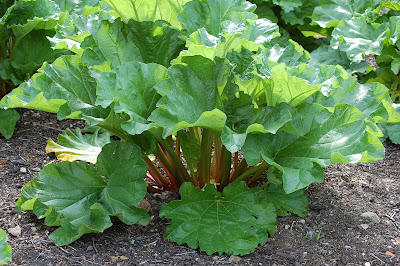 Rhubarb can be used as a ground cover since those large leaves shade out weeds
http://www.spadespatula.com/wp-content/uploads/2012/06/rhubarbplant.jpg

Life Span:
Years to Begin Bearing: Rubarb will put out stems right away, but they should not be harvested the first year. A few can be harvest the second year.
Years to Maximum Bearing: 3-4 years is when you can start harvesting in earnest
Years of Useful Life: 10-15 years if not divided. If divided, the plant will live indefinitely. 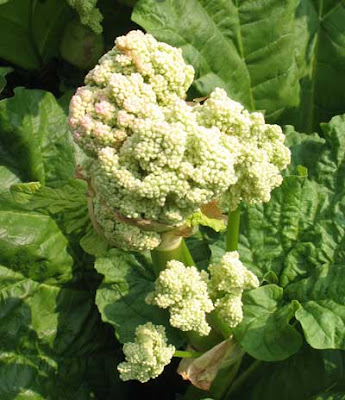 Not many know that Rhubarb's flower buds can be eaten like cauliflower
http://topveg.com/wp-content/uploads/2011/04/flower-bud-rhubarb.jpg 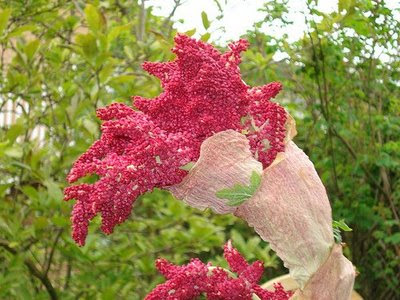 If not eaten, the flower buds will bloom in shades of white, pink, or red
http://topveg.com/wp-content/uploads/2011/04/flower-bud-rhubarb.jpg

PHYSICAL CHARACTERISTICS OF THIS PLANT
Size: 3-5 feet (0.9-1.5 meters) tall and wide for R. x cultorum, other species are larger.
Roots: Fibrous and Deep (Rheum nobile has a root that can get to 7 feet (2 meters) long)
Growth Rate: Fast 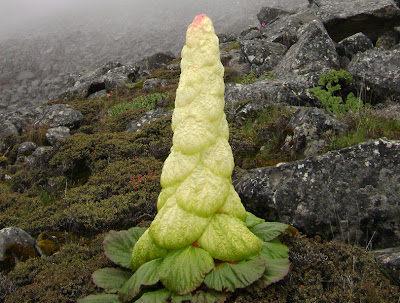 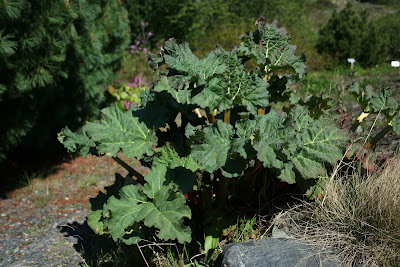 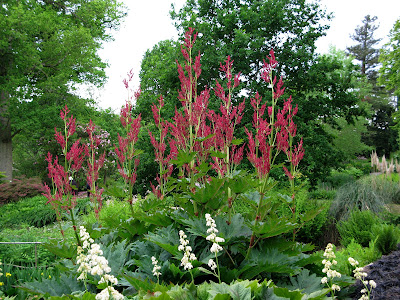 Propagation:
Usually by division in Spring. Can be planted from seeds, but seeds do not always produce plants similar to their parents (not true to type) – seeds do not require cold stratification.

Concerns:
Poisonous – Leaves and roots are toxic. There is a high amount of oxalic acid in the leaves, but it is likely the presence of an unknown glycoside that is the cause of its toxicity, not the oxalic acid.