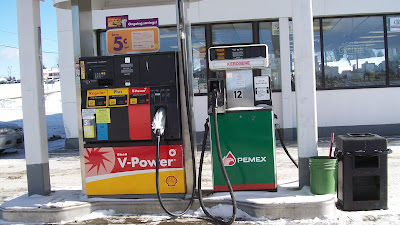 I have lived outside of my home country of the United States for the last two and a half years; I lived in Turkey for two years and in Portugal (the Azores) for the last six months. While I have traveled back to the U.S. a few times for conferences, these conferences were always held at resort locations and not in the "real" world.

This December, I had the chance to travel back to the U.S. to visit family and friends for three weeks. I felt a little out of place and a little confused about things that used to seem so simple. I couldn't put my finger on it until a conversation with a friend. He is South African living in the U.S., and he spoke of reverse culture shock.

Reverse Culture Shock is defined as "The shock suffered by some people when they return home after a number of years overseas. This can result in unexpected difficulty in readjusting to the culture and values of the home country, now that the previously familiar has become unfamiliar."

I had heard of this phenomenon before, but I never thought I would experience it myself. Granted, my reverse culture shock was mild, but that is exactly what I had.

Here is just one example:
I went to the gas station, and I forgot what to do. I know how to pump gas into my car, but I typically just stand by the gas pump, wave my ID card to the guy inside, fill up, then go inside and pay. Those in the U.S. may be laughing right now, but my friend Ron will verify. I stood outside the car and could not remember what to do. Do I go inside and pay first? Do I pump first and then pay? After a few confused seconds, I saw the pay-at-the-pump... oh, yeah! I forgot about those. I swiped my card and filled the gas tank. Then, obviously forgetting that I just swiped my card, I started walking inside to pay for the gas. Ugh!

I had numerous other episodes of just not remembering how things work, most dealing with shopping or ordering food or paying for bills. None were very significant, but they all slowed me down a bit. I realized I was more comfortable when no one was behind me in line, so that I had a few more seconds without pressure to figure out or remember how to order or pay for things.

I also witnessed many encounters with other individuals that either made me shake my head in disgust or disbelief (because of their rude or self-centered behavior) and others that made me smile (reminding me that there are some really good people in my home country).

This gave me a new appreciation for those people returning from deployments, the mission field, the Peace Corps, or even just living outside of their home country for a few years. It takes time to readjust.

Something to keep in mind if you are planning on spending any time outside of your home country for an extended time... as many in Permaculture do.
Posted by John K (Temperate Climate Permaculture) at 7:27 AM