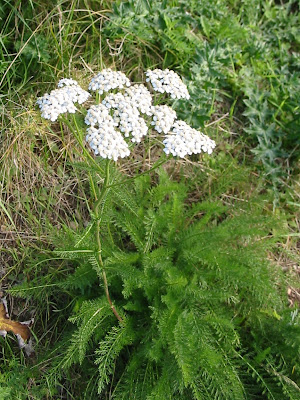 Yarrow, a small herb with a big list of attributes.
http://upload.wikimedia.org/wikipedia/commons/4/4d/Achillea_millefolium_20041012_2574.jpg 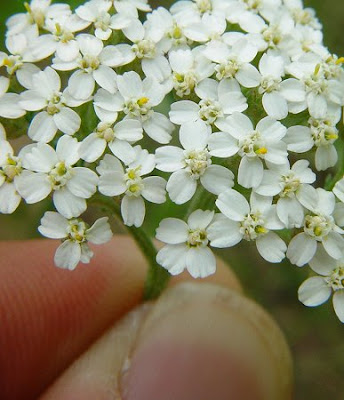 Yarrow flowers are small, but extremely attractive to beneficial insects.
http://www.missouriplants.com/Whitealt/Achillea_millefolium_flowers.jpg
Description:
Yarrow is a small herbaceous plant that is currently used decoratively for its pretty flowers; however, in traditional times Yarrow was used as a food source and a medicinal plant (hence the name "soldier's woundwort"). It also happens to be drought resistant, a great groundcover tolerant of foot traffic, an attractor of beneficial insects, and much, much more. One of the most versatile plants in the food and Forest Garden. 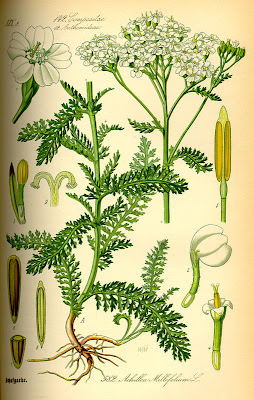 Common Yarrow (Achillea millefolium)
http://caliban.mpiz-koeln.mpg.de/thome/band4/tafel_121_small.jpg
History:
There are about 85 species in the Achillea genus found mostly in Europe, Asia, and North America. Yarrow species have been used for food and medicine for thousands of years, and it has only been recently that the traditional uses of Yarrow have been all but forgotten. Most recent cultivars have all be developed for flowering characteristics. Fortunately, this is a very resiliant plant, and it can be found almost everywhere. 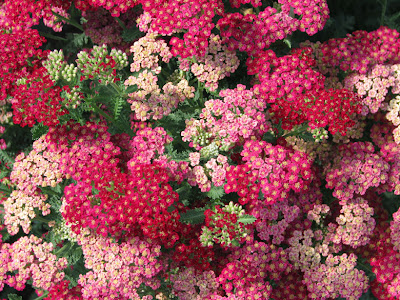 Secondary Uses:
Harvesting: Anytime there are leaves on the plant. Seed can be havested directly from the plant.
Storage: Leaves should be used immediately or within a few days. Keep in a cool location, as with other salad greens. 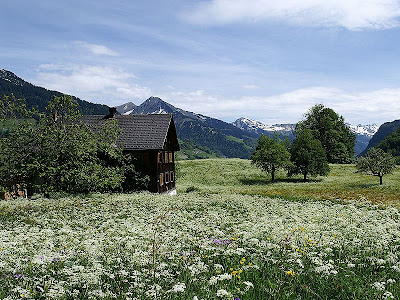 A large planting (wild in this case) of Yarrow is stunning.
http://informedfarmers.com/wp-content/uploads/2011/10/800px-RaggalHaus36.jpg

Pollination: Self-Pollinating/Self-Fertile
Flowering: Summer (June - September)
Life Span: relatively unimportant as this plant spreads so easily - if one area starts to die back, just cut it out and transplant runners from the edge back to the center 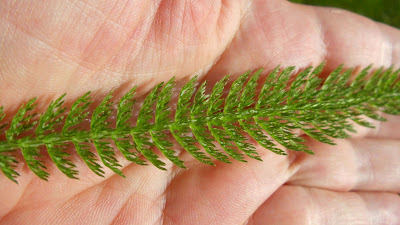 Yarrow leaf has long been compared to a feather.
http://forageporage.files.wordpress.com/2011/06/yarrow-leaf.jpg
PHYSICAL CHARACTERISTICS OF THIS PLANT
Size: 6 inches to 3 feet (15-90 centimeters) tall, spreads as wide as allowed
Roots: Fibrous roots that send out runners (rhizomes) which allow the plant to grow indefinitely
Growth Rate: Fast 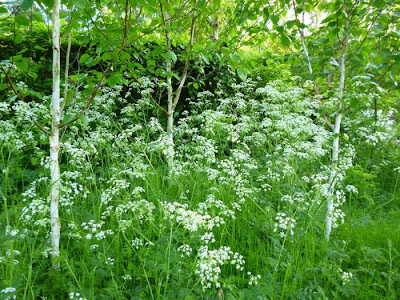 Yarrow, in its natural environment, is often an understory plant...
http://remodelista.com/img/sub/uimg//07-2012/700_trees.jpg 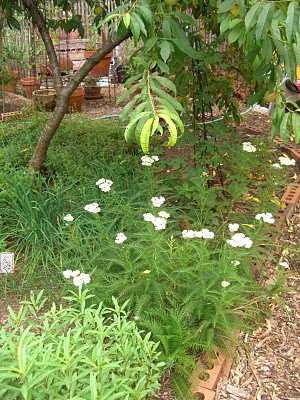 We can use this knowledge in our design, like this peach tree underplanted with Yarrow
http://1.bp.blogspot.com/_lwMmuDMOiUI/TBotgGuYFiI/AAAAAAAADSo/kxjq-Yso9ME/s400/bloomday+june+2010+009.JPG

Special Considerations for Growing:
Spreads easily. Keep this in mind in choosing a location. Can often be planted in a grass lawn (on purpose!) as it can be cut low, tolerates foot traffic, and stays green later than most grasses.

Maintenance:
Minimal. May need to work to keep in bounds. 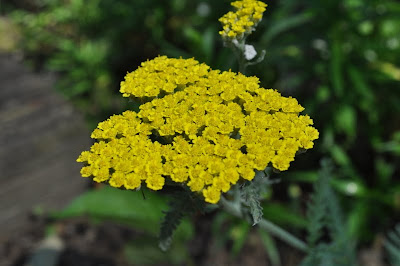 Another beautiful variant of Yarrow
http://4.bp.blogspot.com/_nPdZPYPPPBg/TAGDCetzUsI/AAAAAAAAO3Y/TAHVVaY93wg/s1600/yellow+yarrow.JPG

Posted by John K (Temperate Climate Permaculture) at 5:06 AM