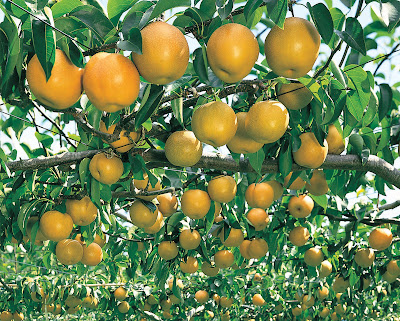 The Asian Pear is quite different than its European relative.
http://www.miyagitheme.jp/cd/main_data/photo_data/photo_zao/pear.jpg 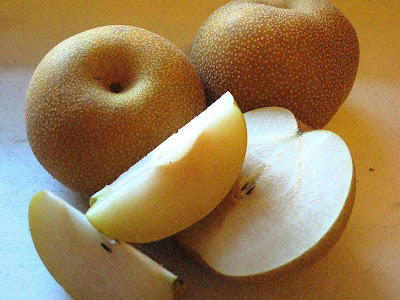 Asian Pears can be russeted and light brown or clear and yellow.
http://eyewatering.files.wordpress.com/2010/09/asian-pears-1-sa.jpg

Description:
Asian Pears are not nearly as common in the West as their closely related cousin, the European Pear, but they are quickly gaining in popularity. They ­are typically round (apple-shaped), although the Chinese White Pear is more “pear”-shaped.  Asian Pears are more similar to an apple in texture and a cross between an apple and European Pear in flavor. They are at their best when picked ripe. All you need is to taste a perfectly ripe Asian Pear, and you will make room for it in your Forest Garden.

There are three types of Asian pears.

History:
Native to the eastern Asia, specifically China, Korea, and Japan, Asian Pears are now grown throughout their native land as well as in Australia, New Zealand, and the United States. 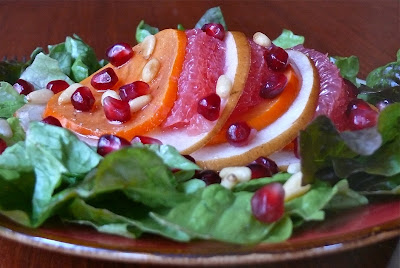 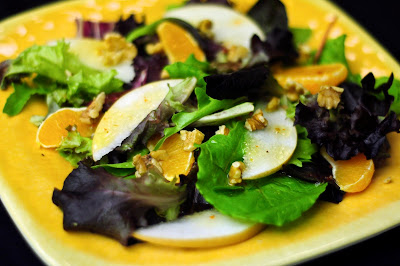 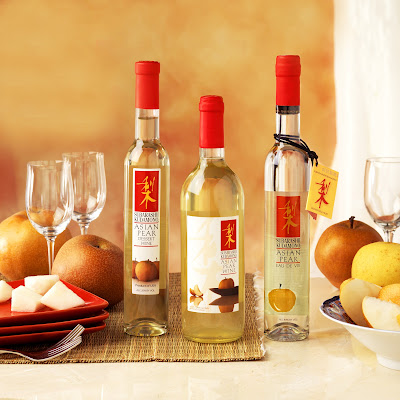 Asian Pear Wine and Liquors by Subarashi Kudamono (means "wonderful fruit" in Japanese)
Click here for the link to this site:
http://www.winesofsubarashii.com

Harvesting: Late Summer to Autumn (August-October), but can vary based on variety and location. Pick when still crunchy (like an apple) and giving off a strong aroma – the strong and sweet fragrance of a ripe Asian Pear is the key to knowing when it is ripe. Softness is used to help determine ripeness in European Pears, but not Asian Pears.

Storage: Best when used right away, but can be stored for up to a month or more if kept in a cool, dry place and handled carefully to prevent bruising 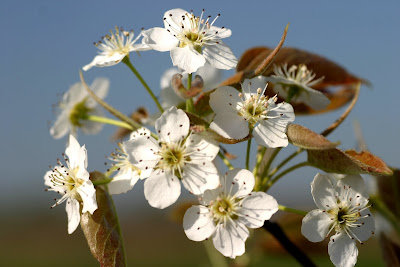 Asian Pears will be covered in the beautiful flowers every Spring.
'Large Korean' variety of Chinese Pear (Pyrus pyrifoliaI)
http://2.bp.blogspot.com/_Nzy91WRToMI/S8htFTF6oeI/AAAAAAAADXs/k_pZ3CTSNyk/s1600/Pear+Asian+Lg+Korean+4-12-10.JPG 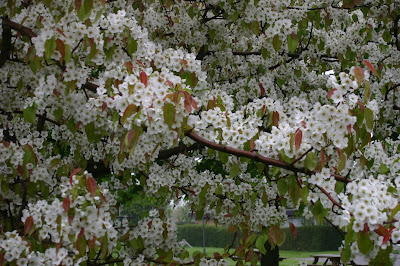 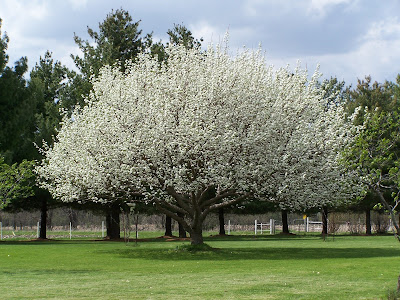 Life Span:
Years to Begin Bearing: 3-7 years depending on the variety and rootstock
Years of Useful Life: up to 300 years. Dwarfing rootstocks live shorter lives 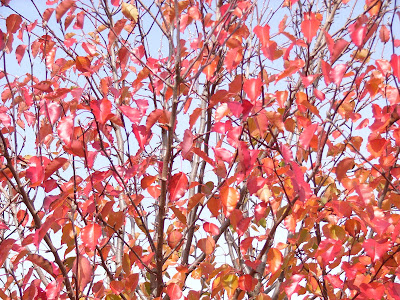 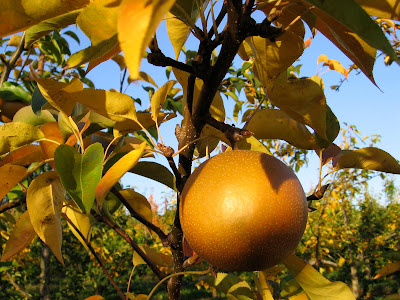 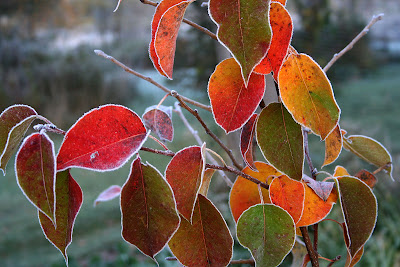 Asian Pear in Autumn after a frost
http://ellishollow.remarc.com/images/frost2008_asianpearx1200.jpg 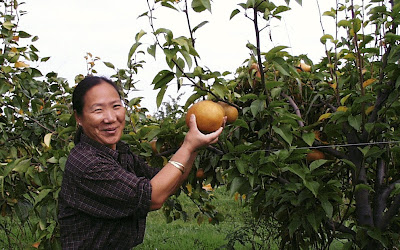 Propagation:
Named varieties are usually grafted because pear cultivars do not grow “true to type”, meaning that seeds will grow into trees that produce fruit that is likely to be nothing like the parent stock. If growing from seed, they will need 8-16 weeks cold stratification for germination. Less improved species and non-cultivars are often grown from seed.

Maintenance:
Typically, Asian Pears are pruned once a year to once every 2-3 years.