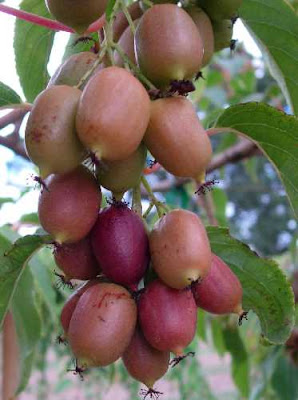 History:
Native to southern China, cultivation spread to New Zealand in the early 1900's where it was produced in large scale. 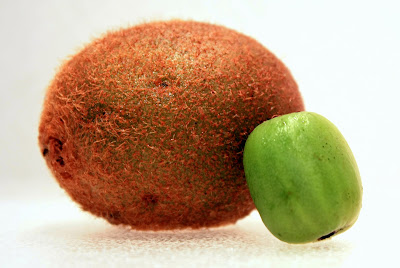 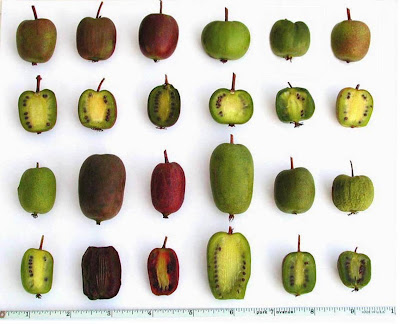 There are many, many types of Kiwi in the world!
They are not all brown and fuzzy.
http://fruit.cfans.umn.edu/kiwi_clip_image002_0000.jpg 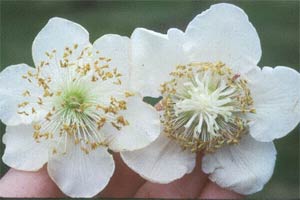 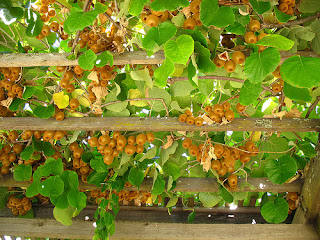 PHYSICAL CHARACTERISTICS OF THIS PLANT
Size: Vigorous vine that can grow to over 100 feet high into trees if allowed.
Roots:  Heart-shaped (a number of main roots all spreading out and down)
Growth Rate: Fast 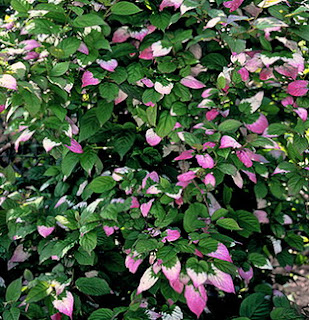 
Concerns:  Can grow very fast and high if not controlled. 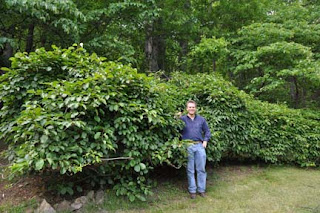 Kiwi allowed to grow in a hedge.
http://www.ediblelandscaping.com/images/site/kiwi%20mature%20vineDSC_0219.jpg 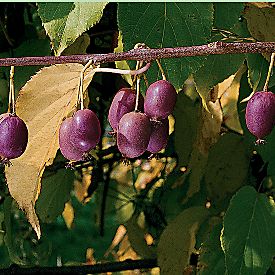