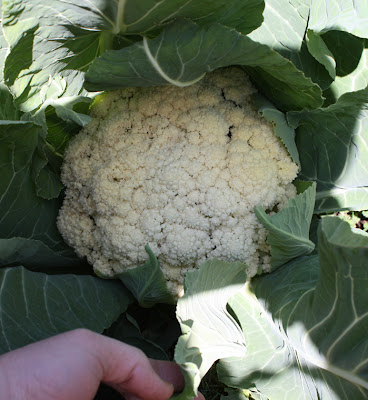 I recently posted this photo of a head of cauliflower from my garden right before I harvested it. This  plant has continued to grow very well. It's not uncommon for the plant to push up one or a few smaller heads after the main head has been harvested, so I have let it stay in the garden. However, the other day I was out in the garden and I was amazed at how large the leaves of that cauliflower had grown.  You can see in this photo... 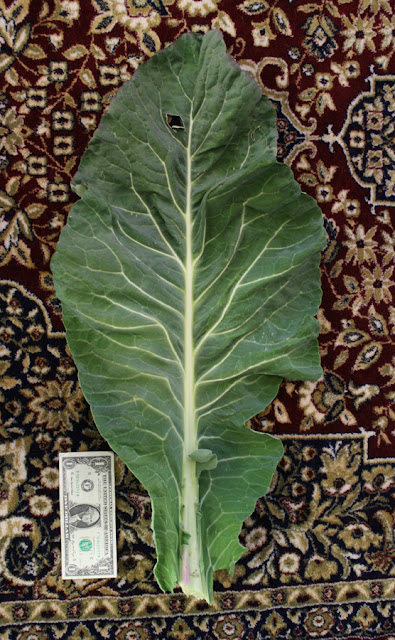 My cauliflower leaves are huge!

I started thinking, "What a waste of a plant to harvest just the flower buds!" Then I remembered Permaculture Principle Six: Produce No Waste. I thought the leaves will be a great addition to the compost pile... but then I wondered, "Can you eat them?"

A quick Google search later and I found out that, sure enough, cauliflower leaves are indeed edible! Apparently they can be used like any other green from the garden (collards, kale, beets, turnip, etc.). So I took one leaf... one really large leaf as you can see in the photo above... it was just over 3 feet (1 meter) long! I cut out the thick center rib and only used half for an omelet. 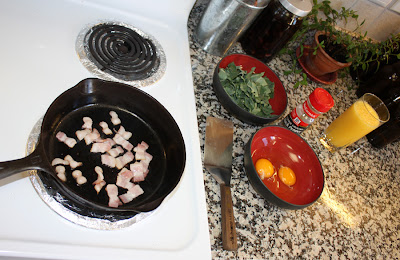 Ingredients: one half leaf cauliflower, one slice of bacon, 2 eggs, black pepper. 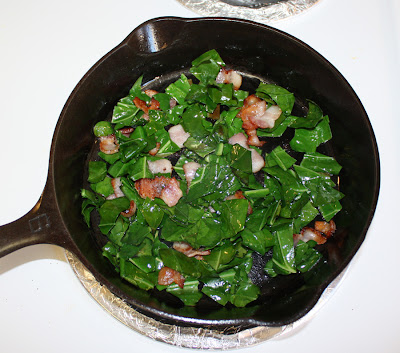 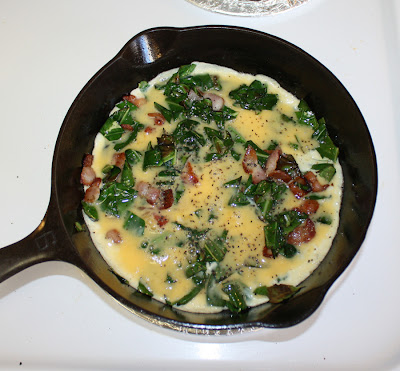 Two whisked eggs and black pepper added when greens were cooked through in 3-4 minutes. 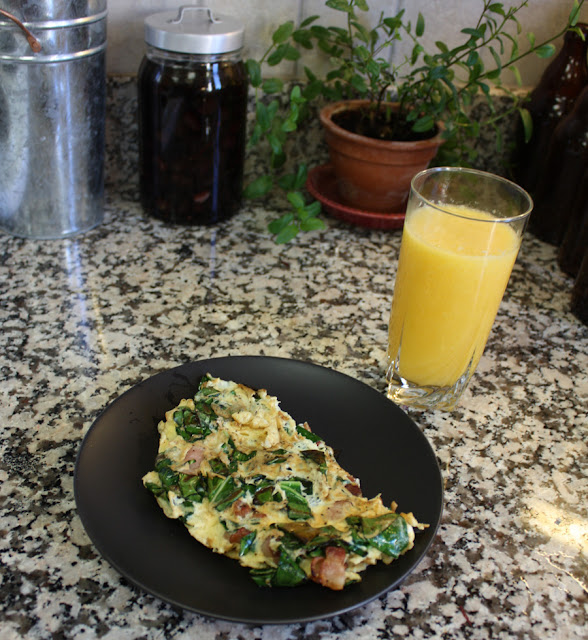 So the big question... how did it taste?  Really good!  It tasted like a firmer (in a good way) cooked green like collards. Similar to kale without that faint earthy taste kale often has. I have since made a half cauliflower leaf, half brussels sprout dish that was fantastic as well... and my sometimes picky wife really enjoyed it as well. I am truly surprised that this is not a more common food... and I am thrilled that I have so much of it still left in my garden!

Posted by John K (Temperate Climate Permaculture) at 3:12 AM