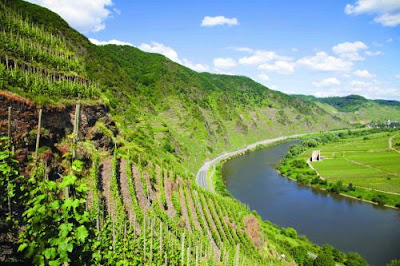 Terroir is a French word that really has no other word in any language that is quite like it.

By definition, terroir is the combination of natural elements (geography, climate, soil type, topography, and other environmental factors that are beyond human control) that create the special characteristics of wines grown in different locations.

It has also been translated as "a sense of place".  Beautiful.

I don't have as developed a palate to be able to distinguish the nuances of terroir in my wine, but I love the whole idea of identifying flavor with a sense of place.

While not following the strict definition of terroir, I would say that there have been three meals in my life that truly have given me a sense of place.  Without being too flamboyant, they have let me taste the region I was in at the time.  It is hard for me to put into words exactly what I mean, but when every component of a meal is produced from within a few miles of where you are eating, I think the meal comes together is a way few modern American meals ever do.  They just feel and taste right. 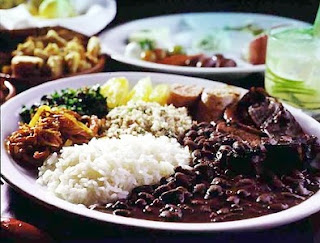 An example of Feijoada
http://208.112.91.131/xx2/doc/BLOWUP4_03242009_042433_feijoadaA%5B1%5D.jpg
I think I first experienced this while eating in Guarapuava, Brazil.  The meal was a simple black beans and rice dish with a dark, rich stew of beef and pork parts called Feijoada.  To this day, I don't know what parts I was eating.  Maybe pork ear, maybe beef tongue, maybe rib meat, I don't know, maybe all of them... seriously, those are common ingredients for this dish.  This dish often takes days to make, and the rich, succulent meat with the earthy beans was simply amazing.  It was a perfect pairing to the verdant Brazilian landscape with rich black soil. 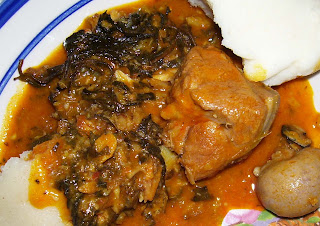 Nigerian Goat Stew with Fufu
Not a great photo, but the only one I have of the final meal. 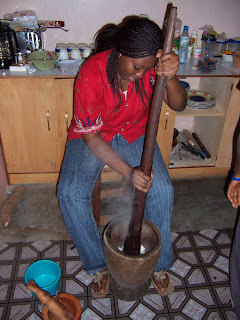 Loretta making fufu (pounded white yams)
I also experienced a sense of place while eating in Jos, Nigeria.  I watched, and helped a little, as a new and great friend Loretta made us a goat (and fish) stew that was served with fufu (pounded white yams - a chewy, starchy tuber not anything like the "yams" in the U.S. - which are really sweet potatoes).  All the ingredients were bought that morning in the local market and were grown or caught in the nearby fields and rivers.  This was a basic, traditional meal that captured the flavors of the region.  The meal was spicy and earthy just like the hot and dusty Nigerian summer. 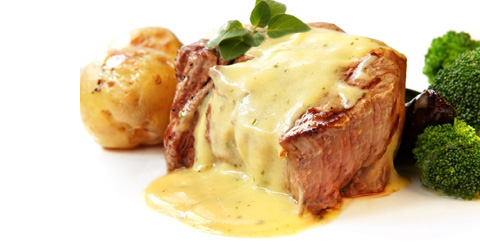 An example of Wildschweinbraten.
http://www.salzbachtaler-bauernstuben.de/uploads/Fotolia_21889834_XStagesausflug.jpg
The third meal was eaten in the Mosel River Valley in Beilstein, Germany.  I had wildschweinbraten (slow roasted wild boar) with a creamy wine and wild mushroom sauce.  A side of hot rotkohl (cooked red cabbage) and bratkartoffein (German fried potatoes).  This was accompanied with a bottle of Riesling.  Everything, and I mean everything, was locally procured.  The boar and mushrooms were hunted in the woods at the top of the ridge.  The cream was from a local dairy.  The potatoes and cabbage were grown by a couple of elderly sisters who lived in the small town.  And the wine... from grapes grown within view of the small patio on which I was dining and overlooking the slowly moving Mosel River.  Never have I tasted food and wine that blended so perfectly together.  As if they were grown specifically for that one meal.  That may have been the best meal I have had in my life.


One of the goals in my quest to create a working Permaculture System is to create meals that capture the sense of my place and my land.  I want people to taste where I live.  I want to have my own terroir.

Posted by John K (Temperate Climate Permaculture) at 4:06 AM

Email ThisBlogThis!Share to TwitterShare to FacebookShare to Pinterest
Labels: Foods