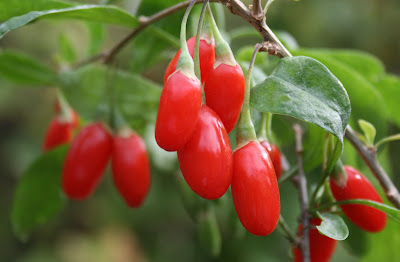 The small Goji Berry is the "new" superfood.
Photo used with permission from Goji Grow.
Goji Grow is a UK company that sells goji berry plants!
Check them out here: http://gojigrow.com/ 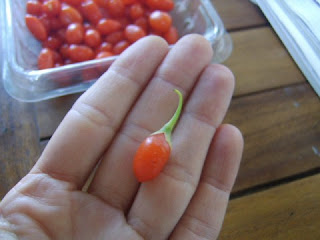 Description:
Goji Berry (Wolfberry) plants are medium-sized, deciduous shrubs with small purple/blue flowers that produce small  red fruit (1-2 cm).  There are two very closely related species (Lycium barbarum, Lycium chinense).  I have had dried goji berries on a few occasions.  They remind me of raisins.  They have a bit of a nutty flavor reminiscent of a tart dried cherry.  I have also had goji berry juice (it was blended with apple juice), and it had a rather tropical flavor to it.  Quite good. 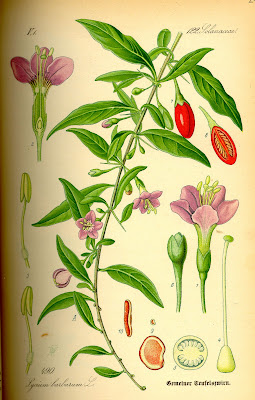 History:
Goji Berries, Wolfberries, Matrimony Vine, Red Medlar, Duke of Argyll's Tea Tree... all names used to describe this plant over many years.  Recently, it has become known as a "superfood" due to its high antioxidant levels, but it has been cultivated for thousands of years around the world, especially in China.  Even though it is a "new" plant to the western world, it was grown as early as the 1700's in the UK. 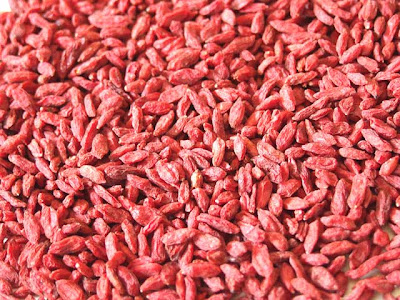 Dried Goji Berries is likely how we will see if for sale.
We'll need to grow it ourselves if we want them fresh.
http://fruitsstar.com/images/goji_berries.jpg

Harvesting: Pick when ripe; typically mid-Autumn (harvest before the first frost); many people just shake the plant, and the ripe fruit will drop (lay out a sheet under the plant first)
Storage: Fresh fruit does not last long 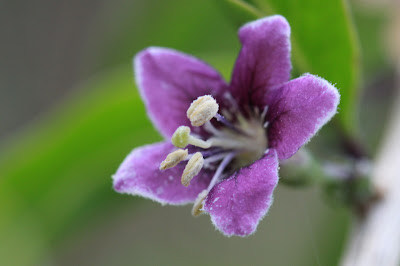 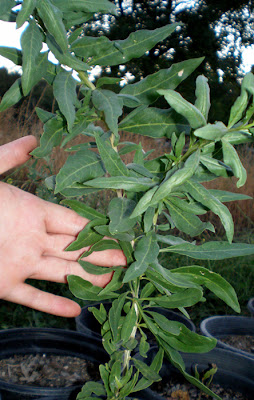 The deciduous leaves of the Goji Berry
http://www.sacredorigin.com/forum/images/goji_berry_plant_large.jpg

DESIGNING WITH THIS PLANT
USDA Hardiness Zone: 6-9 (some sources say 2-7)
Chill Requirement: Likely will produce better with some chill, but no information available 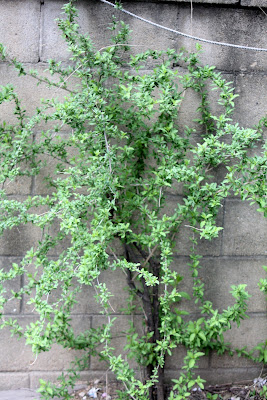 The Goji Berry is not a typical specimen, or centerpiece, plant, but it is well worth its less than beautiful growing form.
http://upload.wikimedia.org/wikipedia/commons/3/3a/Lycium_chinense_4.JPG 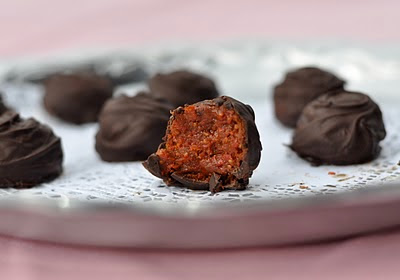 
A fantastic video on Goji Berries and how to use them in the kitchen.
http://www.youtube.com/watch?v=3FQid_xqLco

GROWING CONDITIONS FOR THIS PLANT
Light: Prefers full sun
Shade: Tolerates moderate shade (up to 80%,
Moisture: Medium to Low - often prefers sandier soils... soils that do not hold much water.  They don't like wet roots.

Propagation:  By seed.  Shoot tips can root where they touch the ground.

Maintenance:
Minimal.  May need to prune back arching tips to prevent the plant from spreading.

Concerns:
There are some reports of stomach upset when eating the uncooked parts of the plant. 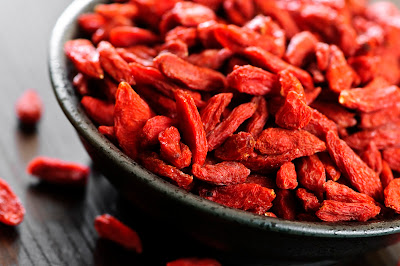 Posted by John K (Temperate Climate Permaculture) at 4:34 AM