A Brief Intro to Dovecotes and Raising Doves and Pigeons 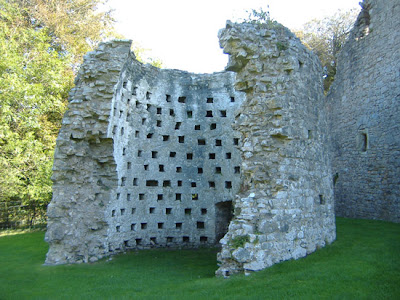 A dovecote (pronounced: “DOVE-coat”) is also known as a columbaria ("co-lum-BEAR-ee-uh") or pigeonaire ("pigeon-AIR").
A dovecote is simply a house for doves or pigeons. I have seen a few of these in person, but the only ones I ever saw that were currently in use were in Turkey. Historically, doves and pigeons were kept as primary food sources throughout Europe, the Middle East, and North Africa. The earliest dovecotes are thought to be in Egypt and Iran. I am strongly considering adding a dovecote in my yard. 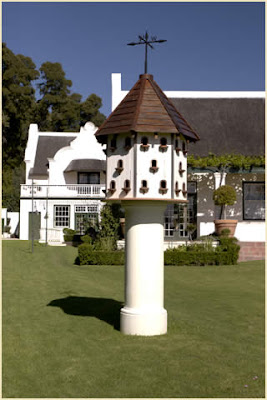 Dovecote at La Providence Wine Farm, Franschhoek Valley, in South Africa's wine country.
http://southafricantraveldesk.com/accommodation/franschhoek/images/la_providence/mews_dovecote.jpg
So the big question is why would anyone want one? My three answers are Meat, Eggs, and Manure.

Meat
Young pigeon and dove meat is called “squab” in the culinary world. It is considered a delicacy. Moist and rich, squab is all dark meat. The skin is more fatty (like duck) than chicken, and the meat is less fatty (more lean) than domesticated chicken. I have had squab on a few occasions, and I have had friends who have eaten squab in many places around the world. I have not met anyone who has tried squab who has not really liked it. This is a great tasting bird! 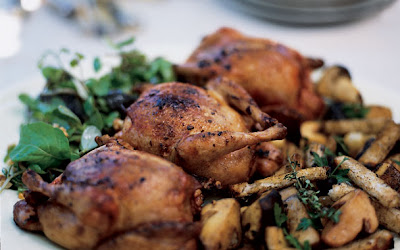 Squab with Porcini Mushrooms... my mouth is watering!
Here's the recipe!
Eggs
Pigeon and Dove eggs can really vary in size. However, for rough size comparisons... a medium-large pigeon/dove egg is about half the size of a medium chicken egg and double the size of a quail egg. Pigeon eggs are not nearly as common as quail eggs, but could easily be substituted in any recipe. For any eggs calling for chicken eggs, pigeon/dove eggs could be used as a unique ingredient. I admit that I have not tasted pigeon/dove eggs... yet. I enjoy cooking and eating quail eggs, and I imagine that these eggs are quite similar, just larger. 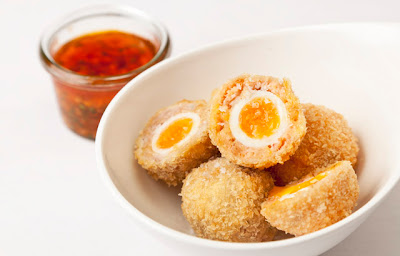 The Scotch eggs use quail egg, but pigeon/dove eggs could easily be substituted.
Here's the recipe!
Manure
Pigeon manure has a long history of being collected for fertilizer and for use in making gunpowder. The only information I could find places pigeon/dove manure at a NPK ratio of 4:2:1. This was (roughly) consistent from multiple sources, so I will run with it. This compares fairly well to chicken manure. Just like chicken manure, pigeon/dove manure should be considered "hot" (i.e. high in nitrogen in too raw a form) and should age, perferably in a compost pile, for a few months before applying it to growing plants. 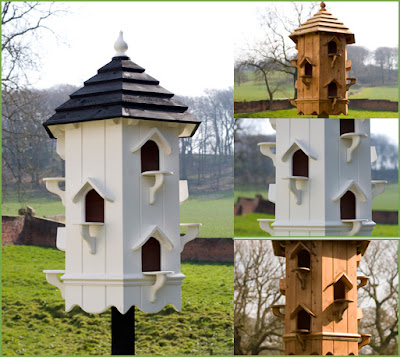 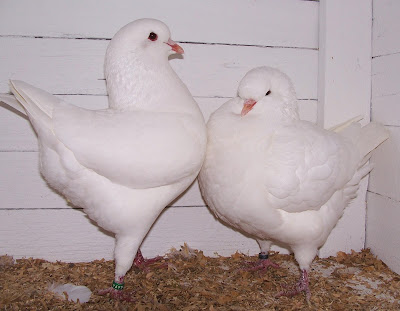 The King Pigeon is a common bred developed for meat.
http://upload.wikimedia.org/wikipedia/commons/e/e3/King_pigeons.jpg