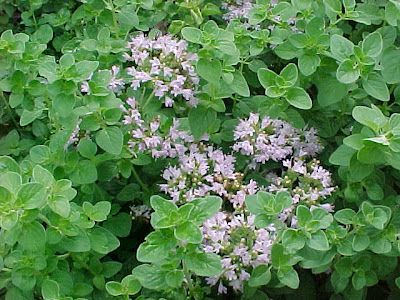 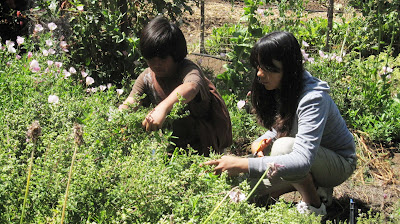 Description:
Oregano is a very common perennial herb whose deep green leaves are used primarily for cooking. It tolerates some shade and light foot traffic which makes it a nice groundcover plant. Its small pink flowers attract butterflies, bees, and other beneficial insects, and its strong aroma is believed to confuse pest insects' ability to find host plants. Everyone should grow a few plants of Oregano, and it is a great addition to any Forest Garden. 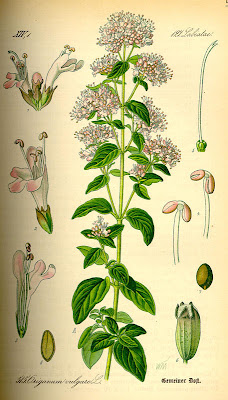 History:
Native to southwestern Asia and the Mediterranean area, Oregano has been used by humans a such a long time, it is hard to determine when it was first cultivated 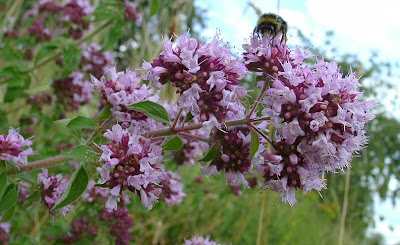 Oregano flowers are pretty and they attract beneficial insects.
http://www.floracyberia.net/spermatophyta/angiospermae/dicotyledoneae/lamiaceae/origanum_vulgare.jpg

Harvesting: Throughout the growing season
Storage: Best if used fresh. Dried leaves can be used for sure, but the dried leaves lose a lot of flavor compared to the fresh leaves. 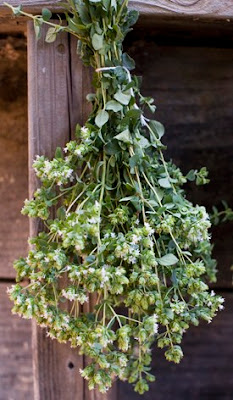 Life Span: Basically not relevant as the plant can reseed and can spread through rhizomes. 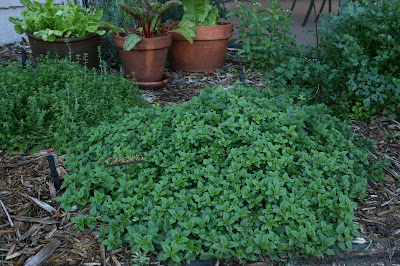 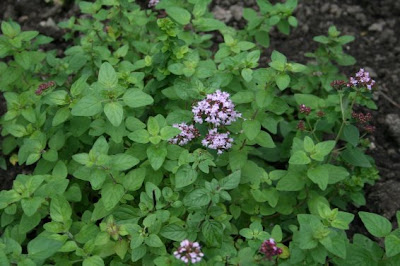 Oregano is one of the easiest herbs to grow
http://static1.plantdatabase.info/plant_imgs/size2/Origanum_vulgare_I27086P96202.jpg

Propagation:  Typically by seed. Division of clumps in Spring. Cuttings in late Spring.
Maintenance: Basically none. It is possible for the plant to spread outside of its bounds while the central planting begins to die back a bit. If this occurs, consider taking clumps from the edges and replanting in the desired, cleared location.

Posted by John K (Temperate Climate Permaculture) at 6:47 AM