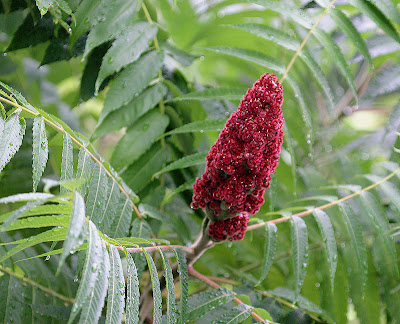 Staghorn Sumac (Rhus hirta/typhina) is a great addition to the edge of a Forest Garden
http://blog.localfoody.net/wp-content/uploads/2011/05/StaghornSumac.jpg 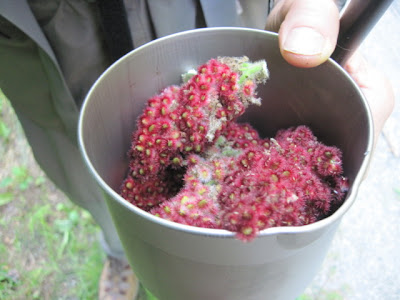 
Description:
Sumacs are a large family of shrubs, about 250 species, that primarily originate from North America and Africa. The shrubs from North America are best known for its lemony-tart fruit which was used by natives to make natural “pink lemonade”. In the Mediterranean, the flesh of the sumac berry is dried, ground, and used as a lemony spice. This was a common seasoning I really enjoyed while living in Turkey. All sumacs are drought resistant once established, larger species can be used as windbreaks, and smaller species are used as ornamentals. Many varieties are now being used around the world for prevention of soil erosion. They are all fantastic nectar and pollen sources for bees and other beneficial insects as well as providing Winter food and shelter in the thickets these plants can form if allowed.

History:
Native to North America and Africa, Sumac plants were used by natives for food (drink) and medicine. In more recent times, they have been "discovered" by landscapers and used as ornamental plants; however, there has been very little development of these plants, and so they remain rather “wild”. 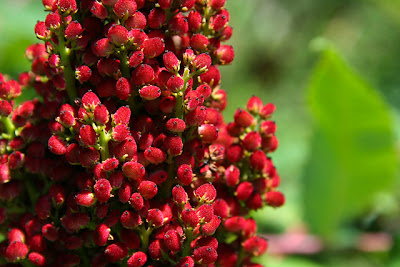 Sumac-ade from the Smooth Sumac (R. glabra) - all edible Sumac can make this drink!
http://the3foragers.blogspot.pt/2011_07_01_archive.html 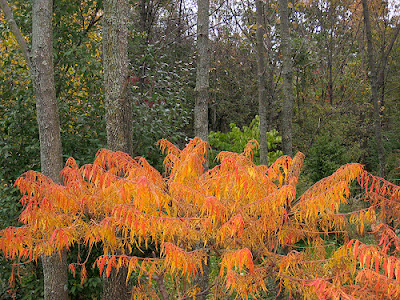 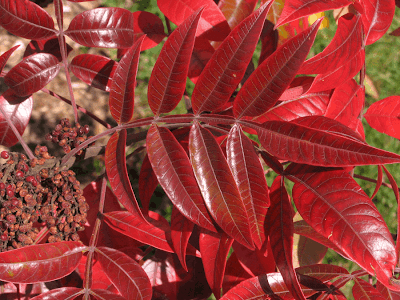 Life Span:
Years to Begin Bearing: 3-5 years
Years of Useful Life: Likely between 30-50 years (less for smaller specimens), but as this plant suckers so easily, this may be irrelevant. 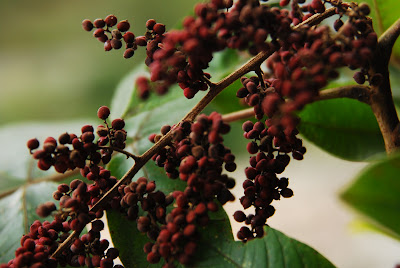 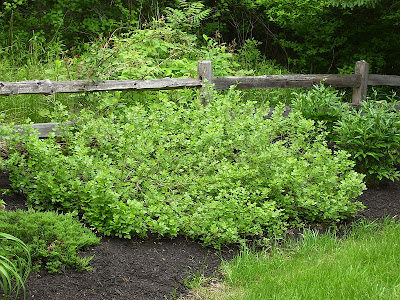 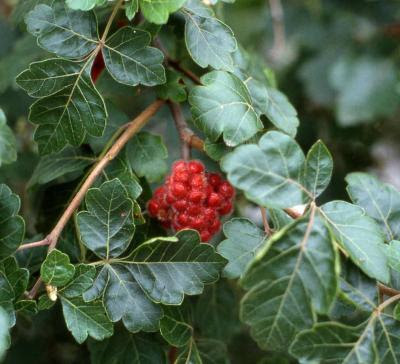 Maintenance:
Minimal.  If using this plant in the central portions of a Forest Garden, may need to keep the suckering roots from developing new plants – a quick snip of the clippers works well.

Posted by John K (Temperate Climate Permaculture) at 6:07 AM